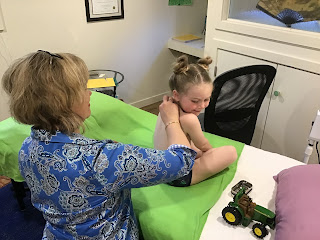 The beauty of Shonishin treatment is we do not need to use needles.

When did I really realized the therapeutic power of the Shonishin was observing world reknown Ikeda Sensei treating a boy for scull deformity.

It is designed to find a childs constitutional weakness and treat just that, like jiksa puzzles everything corrects itself.

It looks a bit like waving a magic wand (enshin needle with round tip) that touches, massages, and gently presses on the acupuncture points.
It is a very gentle and fun event. Children often want to participate in pressing and probing trying out my paediatric tools, that frankly look like toys! 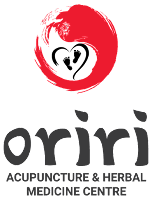 The most significant changes I have seen with Shonishin was a girl I treated for Turner syndrome years ago in Morocco. She has improved so much that her Doctor requested a DNA test to prove that  she has had a Turner syndrome in the first place! Her diarrhea subsided, her BM became regular, she started to excel at school and she became much more calm and balanced. Her intelligence shines, I heard her translating form English to French to Arabic back and forth to help me communicate with my Moroccan baby sitter. Her Mom was very pleased.

Another mazing story I would like to share is a little boy I have treated with history of gastroschisis.
When his Mom started to bring the boy it was originally for lack of growth, proper weight gain and generally slow physical development. With a few surgical interventions to the abdomen constipation was a worry as well. After three months of regular sessions, she noticed that her son had almost doubled the weight! So much so she needed to buy him a new clothes and even a size up in shoes.

Popular posts from this blog

Diagnosis and treatment for covid19 - from classic to front line.

March 18, 2020
TCM input in fight of Covid19 treatment in Chinese hospitals. I will continue to update this blog as the data will grow on this subject.  Below are different research papers and articles on the TCM Patients support in Covid19 disease collected form front line Wuhan hospital and other Chinese hospitals and teams of researchers. Please start by this artilce: Understanding of guidance for acupuncture and moxibustion interventions on COVID-19 (Second edition) issued by CAAM   Please watch Dr. John Chen video merging modern science with TCM research and application during the Pandemic in China and specifically Wuhan hospitals. How Coronavirus (COVID-19) is treated with TCM in China by Dr. John Chen, PharmD, PhD, OMD, LAc Here is my own summary of the Pathogenesis of Covid19 disease caused by SARS2nCOV19 (I hope you will enjoy my illustrations:) Here are different articles and research from different collegues that have been coming to me via e-mails and  social media. I
2 comments
Read more

March 18, 2020
Functional Medicine: offerings and suggestions in prevention of Covid19 disease. (For Traditional Chinese Medicine approach please see my previous blog). Originally this blog was to look at all the similarities between the Functional and Eastern Medicine. However, since the recent pandemic of covid-19, I decided to start, to focus on what is in front of us. Please watch video by IFM MDs who put together fantastic presentation explaining immunology, virology, preventative medicine and modifyable life style factors in Covid19: Functional Medicine approach to Covid19 IFM material explains that: "A coronavirus such as SARS-CoV-2 can be deadly because of its ability to stimulate a part of the innate immune response called the inflammasome, which can cause uncontrolled release of pro-inflammatory cytokines, leading to cytokine storm and severe, sometimes irreversible, damage to respiratory epithelium.[2]   The "cytokine storm, happens only in some infected individu
Read more